We are starting a series of articles about Vilnius industrial districts, the aim of which is to acquaint those interested with the specifics of these areas and development trends. The first industrial district in our focus is part of Vilkpėdė eldership – Žemieji Paneriai. The district is located in the south-eastern part of Vilnius, formed around Savanorių Avenue1 and the surrounding streets Riovonių, Liepsna, Titnago, Jankiškių. 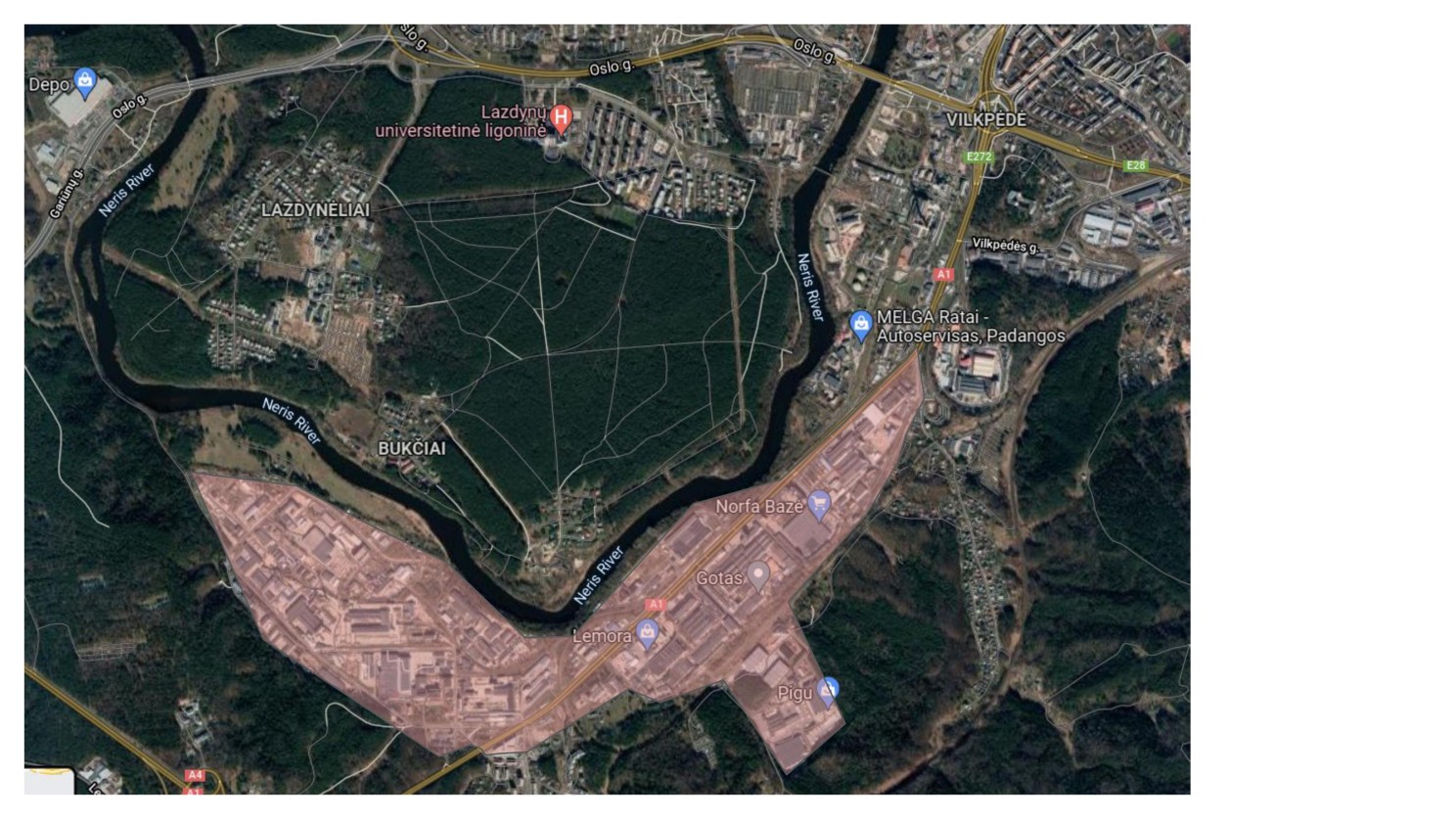 Currently, there are two modern logistics terminals in Žemosiai Paneriai: the logistics center Jankiškių 52 operated by Vilnius Transimeksa and East Capital. There are practically no plots suitable for the development of new logistics terminals. Recently, the development of storage or production facilities in the district has become difficult or financially irrational due to the high price of land plots, and the development is limited by the small supply of plots. Smaller (500–3,000 sq. M) new industrial premises projects are more often developed around Titnago and Jankiškių streets. Area prices in this area are slightly lower than around Savanorių Avenue itself due to its lower attractiveness for commercial activities.

Žemieji Paneriai is a very attractive area for some specific trade companies, so we see a high concentration of trade companies in building materials, tools, work clothes and car parts. There are several car showrooms along Savanorių Avenue. Due to the high traffic and good visibility, the plots and premises in the first row are in high demand. Currently, one stock office project is being built in the district – S180, but the potential for the development of such projects is very high.

Several renovation projects of office buildings have been implemented around Savanorių Avenue – Highway, Norfa Base administrative building. These are B / B2 class offices with high occupancy.

The district is close to the city center, it has good transport links, the Neris and the surrounding forests flow nearby, therefore in the coming years Žemieji Paneriai should also attract the attention of developers of residential projects. The new general plan of the city also allows for the development of residential objects in a part of the district, so Žemieji Paneriai together with the rest of the industrial part of Vilkpėdė eldership, which is closer to the center, can gradually become another district where industrial territories will gradually become residential / commercial.

Developers’ belief in the success of residential projects should also be stimulated by the Freiheit loft project in the former production building of the Vilnius Meat Processing Plant, which was successfully implemented by Baltic Asset Management. The further development concept of the Vilnius furniture area, when the production will be finally raised, will set a very important tone for the entire development of Žemos Paneriai.

We believe that in the coming year or in the next decade it will be one of the most changing and beautifying districts of Vilnius.

Be the first to know about our news

Subscribe to our newsletter and receive commercial real estate news directly to your inbox.

We use cookies to ensure that we give you the best experience on our website. By clicking "Accept" or by continuing to use the site, you agree to this use of cookies and data.I agreePrivacy policy